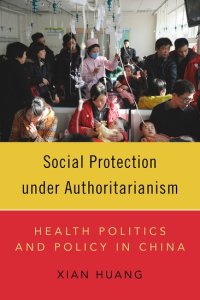 order on Amazon or B&N

Why would an authoritarian regime expand social welfare provision in the absence of democratization? Yet China, the world’s largest and most powerful authoritarian state, has expanded its social health insurance system at an unprecedented rate, increasing enrollment from 20 percent of its population in 2000 to 95 percent in 2012. Significantly, people who were uninsured, such as peasants and the urban poor, are now covered, but their insurance is less comprehensive than that of China’s elite. With the well-being of 1.4 billion people and the stability of the regime at stake, social health insurance is now a major political issue for Chinese leadership and ordinary citizens.

In Social Protection under Authoritarianism, Xian Huang analyzes the transformation of China’s social health insurance in the first decade of the 2000s, addressing its expansion and how it is distributed. Drawing from government documents, field interviews, survey data, and government statistics, she reveals that Chinese leaders have a strategy of “stratified expansion,” perpetuating a particularly privileged program for the elites while developing an essentially modest health provision for the masses. She contends that this strategy effectively balances between elites and masses to maximize the regime’s prospects of stability.

Center for the Study of Contemporary China, University of Pennsylvania, November 3, 2020

“Xian Huang has written a brilliant book on the policy and politics of health care in China. Her analysis powerfully combines quantitative and qualitative evidence and reveals the deep-rooted inequalities in access to and quality of health care enjoyed by different groups of Chinese citizens. The lessons are profound and sobering.” — Qin Gao, Professor of Social Policy and Social Work; Director, China Center for Social Policy, Columbia University

“Huang’s excellent book addresses three questions: Why do authoritarian leaders expand social welfare in the absence of democratic pressures to do so? What strategies do authoritarians use to divide welfare resources between elites and masses? What accounts for variation in the policy models adopted by regions? Relying on prodigious multi-method research, Huang studies Chinese leaders’ decisions to dramatically expand social health insurance from 2000. She finds a strategy of ‘stratified expansion’ that greatly broadened citizens’ access while preserving elites’ privileges. Further, she shows how subnational leaders adapted the center’s strategies to regions’ fiscal and social constraints. Huang’s arguments are innovative and compelling. Her book greatly advances knowledge of China’s policy-making as well as the discipline’s analytical and theoretical understanding of authoritarians’ distributive strategies.” — Linda J. Cook, Professor of Political Science, Brown University 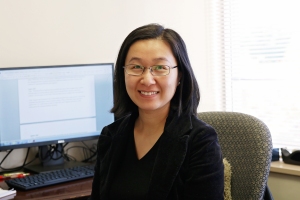